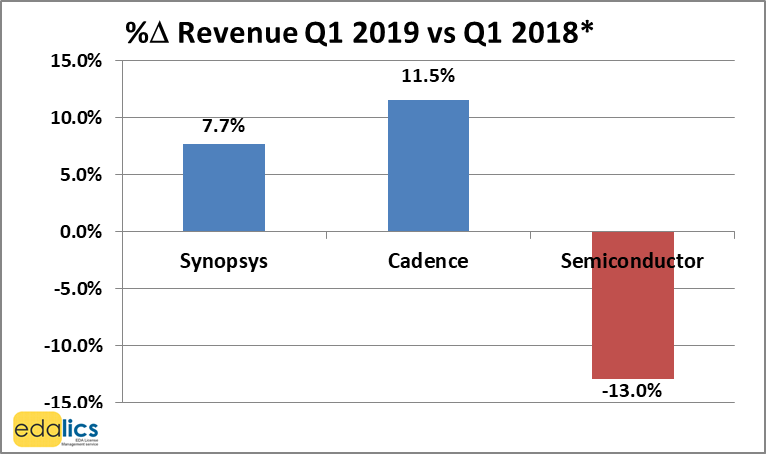 For comparison, the % growth rates in the previous quarter, Q4* 2018 versus Q4* 2017 were Synopsys 6.6%, Cadence 13.6%, ESD Alliance -3.1% and semiconductor 0.6%, so the broader EDA market revenues already declined in Q4 while Synopsys and Cadence grew their market share.
Examining the delta in revenue growth in dollars, Synopsys and Cadence’s Q1* 2019 vs Q1* 2018 revenues both increased by the same amount, $59.4 Million, surpassing their prior mid-point guidance by $6.2M and $6.7M respectively: 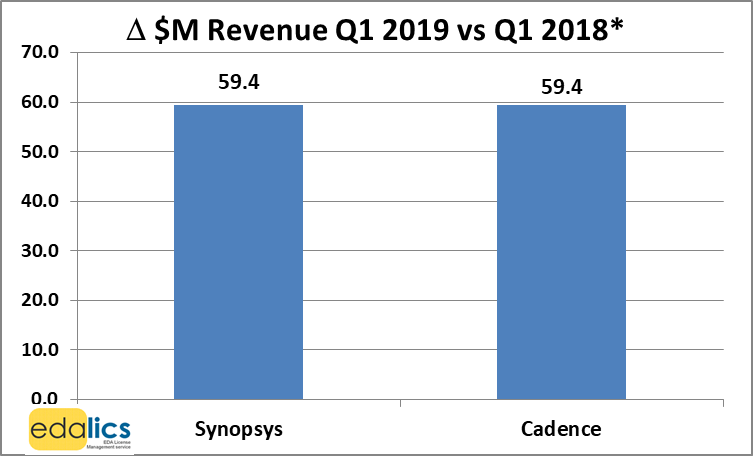 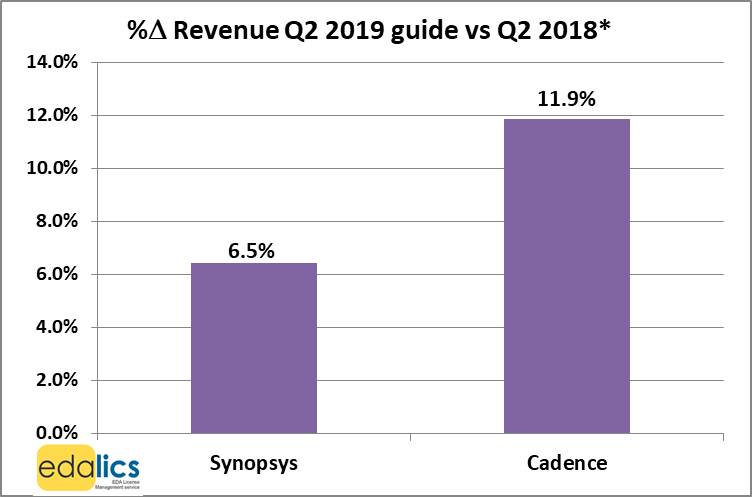 The author, Gerry Byrne, founder of edalics, will be at DAC in Las Vegas from June 2 to 5 (and also in San Jose from May 27 to 30). If you wish to learn more about edalics EDA Budget Management services or just discuss the latest EDA news, simply email query@edalics.com to schedule a meeting. edalics is the only consultancy which benchmarks and reduces EDA budget costs for leading semiconductor companies. For more information about edalics services please see: www.edalics.com