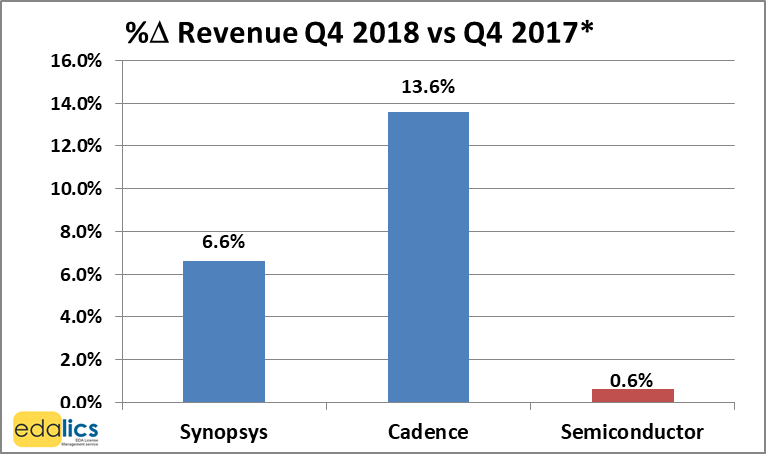 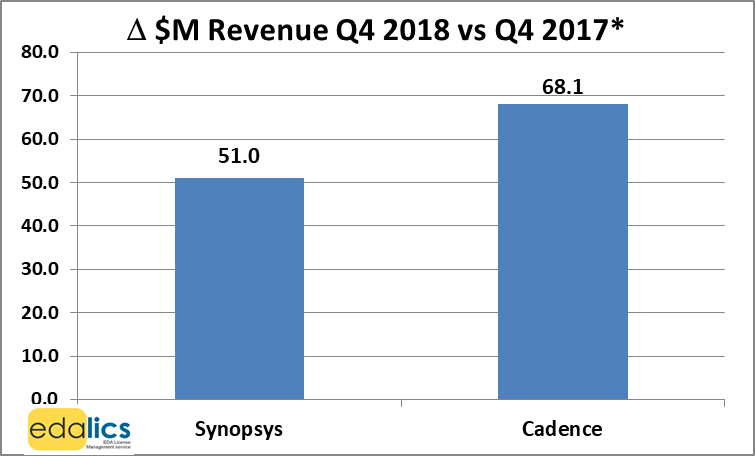 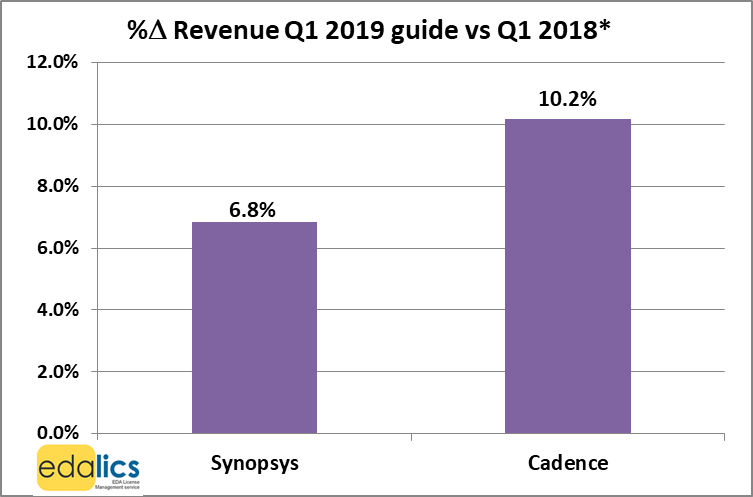 To subscribe to future quarterly EDA results updates, simply email: subscribe@edalics.com. The author, Gerry Byrne, is the founder of edalics, the only consultancy which benchmarks and reduces EDA budget costs for leading semiconductor companies.

If you are interested in edalics services or just a chat about latest EDA news and are attending DAC in Las Vegas, June 2-5, 2019, please feel free to email Gerry.Byrne@edalics.com to request a meeting.