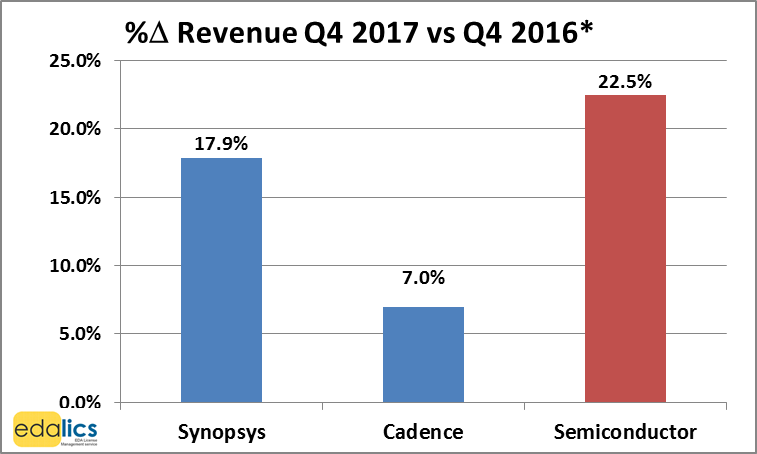 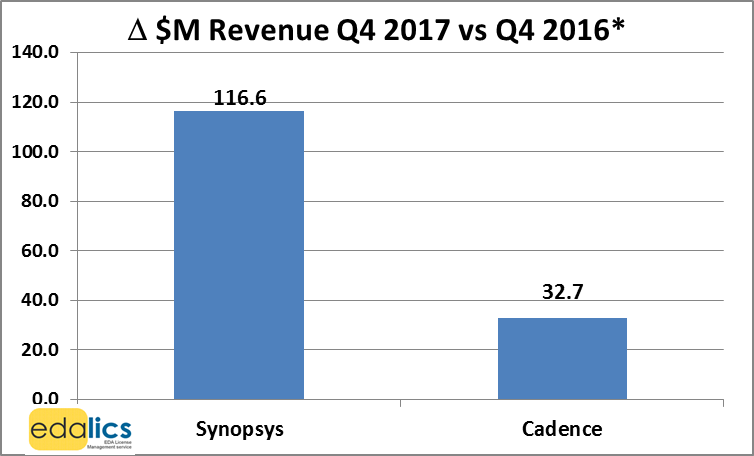 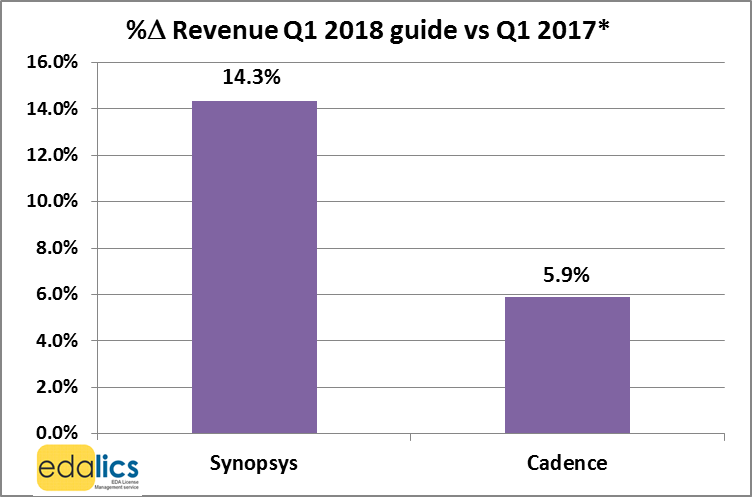 In summary, Q4 2017 global semiconductor revenue grew by 22.5% to a yet another record high of $114 Billion, while Synopsys revenues grew by 17.9% and Cadence by 7.0%. The EDA companies own guidance for Q4* 2017 is for Synopsys to grow revenues by 14.3% and Cadence by 5.9%.
The author, Gerry Byrne is the founder of edalics, the only independent EDA Budget Management advisor to leading semiconductor companies.
To subscribe to future quarterly EDA results updates, simply email: subscribe@edalics.com .
* Based on each company’s reported financial quarterly data which most closely match that calendar quarter.